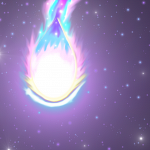 Level: 46 ( stopping here for guild and members to catch up )

Clan/Pack: We are not really in a pack or clan. We are a mix of all creatures.

Father: Vileone ( a bit inactive ) ( He rather play DDO )

Description: Moonpelt is a sneaky, clever, dirty fighting Castanic. She loves doing missions which some require killing other players, slaying monsters, stealing, extra. She usually never likes backing down from a fight. Despite her horrifying, dark past, Moonpelt has learned to use all of it to her advantages. Though her, older brother Jake RedStorm and her mate Ryder, don't like seeing her act this way, they cut her some slack.... some meaning having to stay close by them and obey most of their rules. Moonpelt has learned to respect when needed, obey when needed ( sometimes ), extra. Her love for her family and group is top thing, she doesn't like admitting it once in a while however, cause she wants to seem superior and in control.

Disadvantages: Cocky ( sometimes ) Lacks some respect toward her older brother, Can be lazy during her times with her lessons, needs to obey when needed fully, over protective of her family/friends, Can get a high temper, Lying, sneaking around, stealing, dirty fighting

Enemies: None at the moment

Wanted costed: 30 gold ( not as much in the past, sneaking abilities give ways to loop and go around out of the law )

Cautious around: BeastStroke and other players

Drunkness: Depends on why and when ( Likes wine XD )

Retrieved from "https://freerealms.fandom.com/wiki/User:Darkclaw1444?oldid=42323"
Community content is available under CC-BY-SA unless otherwise noted.