Toeny is a large "Toe" Pet Pal that was distributed throughout the month of October 2013 as apart of October's Monthly Membership Pack. Toeny was introduced in game on the update of October 1st, 2013.

The name "Toeny" is a Portmanteau of the words "Toe" and "Tony".

Toeny was initially revealed publicly on September 9th, 2013 through a tweet on Twitter by Free Realms producer Steve "Shock" George. The tweet featured an early version image of Toeny as a whiteboard sketch.

On September 19th, 2013 Toeny was featured in a Tweet by Free Realms producer Steve "Shock" George that included a completed image of Toeny.

During the Free Realms downtime on October 1st, 2013 a Tweet by Free Realms producer Steve "Shock" George featured a teaser image of Toeny. 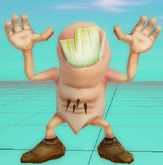 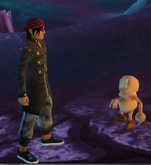 Image featured on Facebook
Add a photo to this gallery

Retrieved from "https://freerealms.fandom.com/wiki/Toeny?oldid=34156"
Community content is available under CC-BY-SA unless otherwise noted.