The SBS-1000 is an unobtainable, Members Only, Freestyle Jobs, weapon slot, item introduced in-game on December 1, 2013 as a part of December's Monthly Member Pack Items.

The Snowball Shooter was featured publicly on November 26, 2013 through an image on Twitter shared by Free Realms Producer Steve "Shock" George.[1] 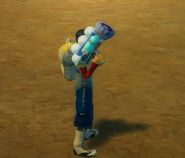 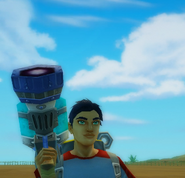 Retrieved from "https://freerealms.fandom.com/wiki/SBS-1000?oldid=38033"
Community content is available under CC-BY-SA unless otherwise noted.