Pony Vale is a region of land located West of Sunstone Valley connected by the Mystical Barrier. At SOE Live 2012, it was said that Pony Vale had been planned to be part of the next big update[1]. 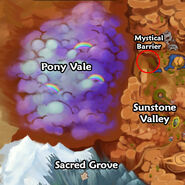 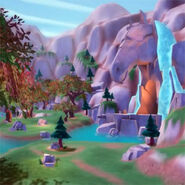 Retrieved from "https://freerealms.fandom.com/wiki/Pony_Vale?oldid=39926"
Community content is available under CC-BY-SA unless otherwise noted.