Start a Wiki
The New Year's Eve Party Ball is a time ball inspired by the Times Square Ball in New York City. The balls were introduced in-game on December 20, 2013 as a part of the New Year's Eve event.

They could be found at: downtown Sanctuary, Greenwood Forest warpstone, Snowhill outside the mayor's house, and Shrouded Glade near the top of the steps. 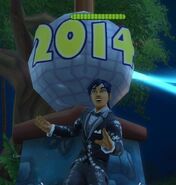 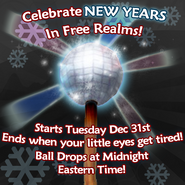 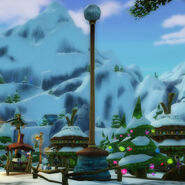 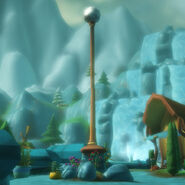 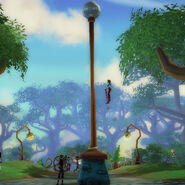 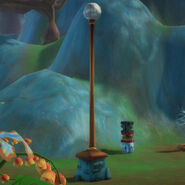 Greenwood Forest
Add a photo to this gallery
Retrieved from "https://freerealms.fandom.com/wiki/New_Year%27s_Eve_Party_Ball?oldid=36288"
Community content is available under CC-BY-SA unless otherwise noted.