The Geek Gadget Pouch is a Freestyle Jobs, misc slot, clothing item that is acquired through trade or purchasing the Geek Outfit bundle available for purchase exclusively on November 29, 2013, in celebration of Black Friday 2013, through the Station Cash Marketplace at the regular price of

449. In appearance, the Geek Gadget Pouch is a variation of the unobtainable Nerd Fanny Pack introduced in November 2009. 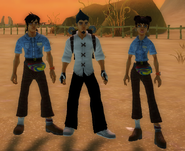 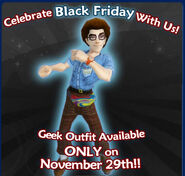 Retrieved from "https://freerealms.fandom.com/wiki/Geek_Gadget_Pouch?oldid=35704"
Community content is available under CC-BY-SA unless otherwise noted.