Start a Wiki
Dwarves are a race that take home in  Sacred Grove, mostly residing in Sunstone Valley. Players are not able to choose Dwarves as their race, although they are found in the mines north of Snowhill and in many areas in Sunstone Valley. Dwarves were also added to the Gloam Invasion event in 2012 as a protagonist against Gloam invaders attempting to take over Shrouded Glade. Although Dwarvens were not well-known before the release of Sunstone Valley, they did take residence in the mines north of Snowhill. In Sunstone Valley, their race is both the protagonist and antagonist to the story, in which the events of the Free Wheelers VS. Skullz takes place, where both biker groups are completely of the Dwarven race. 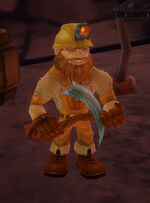 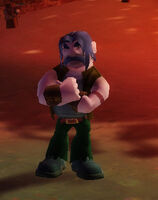 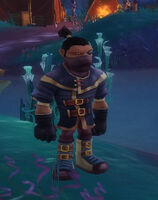 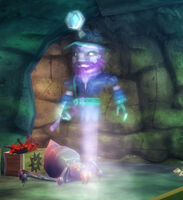 Ghost Dwarf in Blackspore
Add a photo to this gallery
Retrieved from "https://freerealms.fandom.com/wiki/Dwarves?oldid=22555"
Community content is available under CC-BY-SA unless otherwise noted.