Changelings are a race of pixies that were stuck aboveground during the Unbinding. The large waves of magic from the Unbinding mutated their bodies and minds, along with limbs transformed into elements of land such as sticks, branches, and stones. Most Changelings are known to be sad, bitter creatures because of what happened to them and how people treat them now.[1]

Changlings appear in many dungeons and in the over world. During the Festival of Hearts, a group of Changelings known as the Heart Breakers attempt to ruin the event and steal all of the love.

Many of the Changelings appear to be very unapproachable and hostile in nature. Their mutations have caused them to be mangled and considered ugly by some, so they often feel like an outcast race in Sacred Grove. Many Changelings can be found isolated or alone in the corners of cities, towns, and even within their own small sanctuaries out in the wild.

Despite their sour behavior, some of the Changelings still have good hearts, and will often help the Player-Character or give them quests to do to help Sacred Grove. 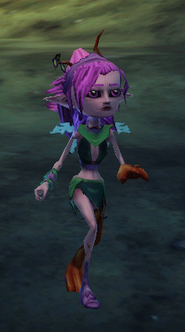 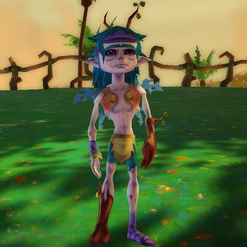 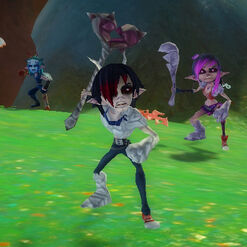 Heart Breakers
Add a photo to this gallery

Retrieved from "https://freerealms.fandom.com/wiki/Changelings?oldid=42997"
Community content is available under CC-BY-SA unless otherwise noted.